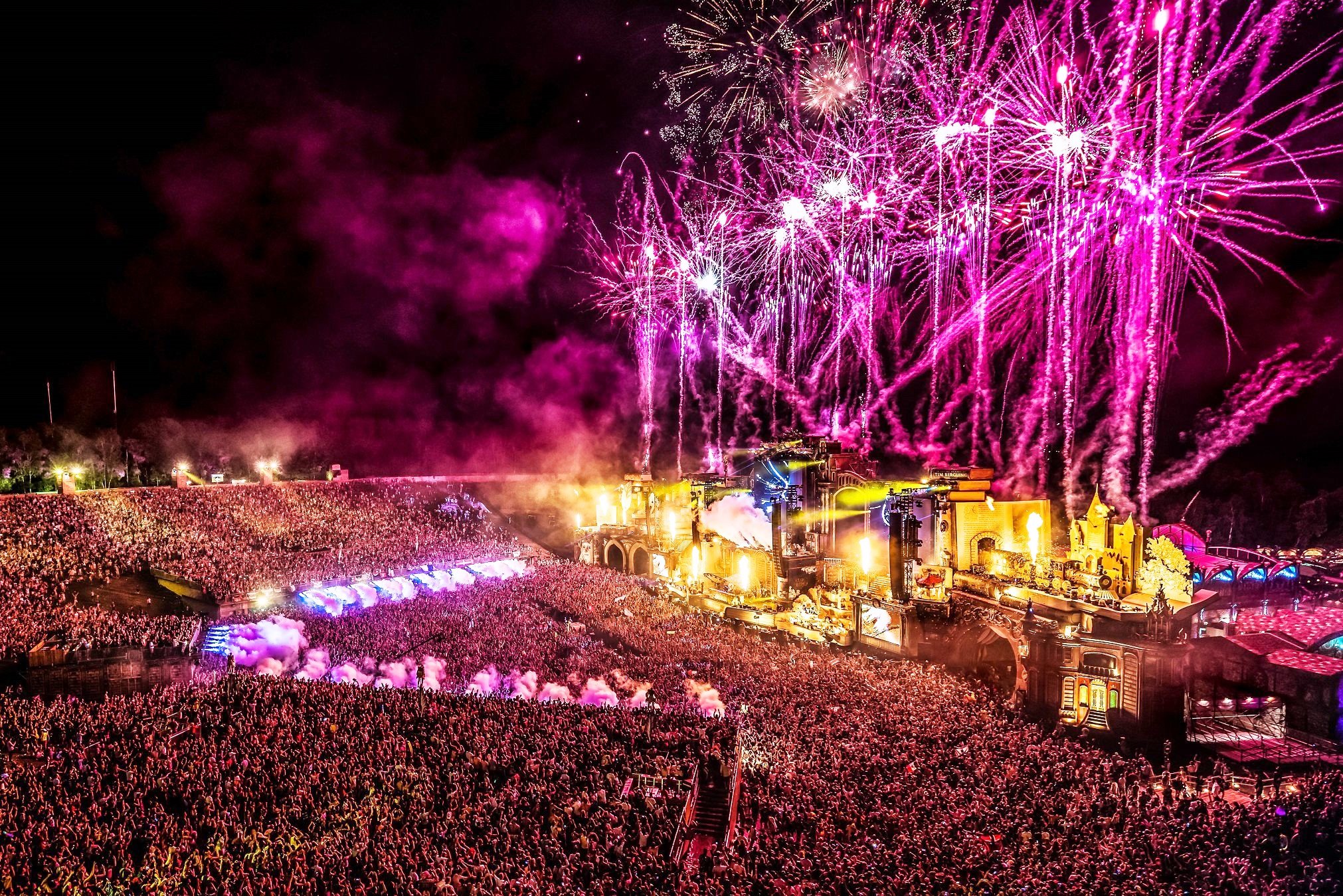 7 top music festivals around the world

A great way to plan a vacation these days is to include a new and exciting experience in it, a Music Festival. Increasingly being recognised as ‘Music-based Tourism,’ such festivals showcase A-List artists and performances that make them memorable and fun for the younger travellers. And to top it all, visitors get an opportunity to plan a complete holiday around the host country and nearby regions. With 2017 bringing plenty of long weekends and opportunities to take international trips, here are a few wonderful options that you can explore.

About the Festival: With more than 200 popular acts, it is one of the most popular music festivals around the world today. The colossal 330-acre Empire Polo Club in Indio, California is known to host popular music festivals throughout the year, Coachella being the best of them. The festival features many popular genres of music such as Rock, Indie, EDM & Hip Hop. The 2017 lineup is rumoured to be one of the best ever with artists like Beyonce, Radiohead, Kenrick Lamar and many others. Providing a visual treat for its attendees with more than 7 lakh visitors on an average each year, the festival is also known for its interactive visual arts and installations.

Tips & Other Activities: Once you have visited the festival over the weekend, stay back & explore the area through Air or with Guided Wilderness tours. Los Angeles, San Diego & Las Vegas are all nearby, so a variety of experiences are in store for you if attending Coachella! 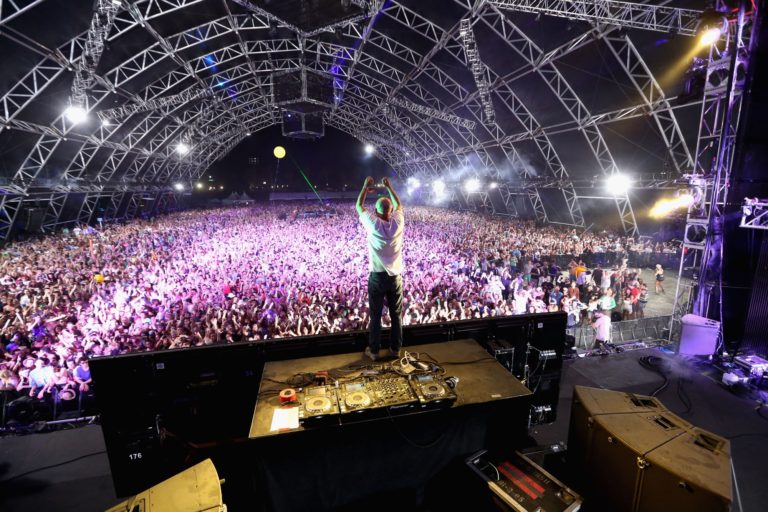 About the Festival: It started off as a relatively unknown festival featuring lesser of international artists but more of African talent performing traditional forms of music and celebrating Arab Music. But now, Mawazine truly represents its tagline of ‘World Rhythms.’ Featuring popular artists over the years such as Rihanna, Elton John, Kylie Minogue & Stevie Wonder, the city of Rabat pulls in a crowd of more than 2.2 million which is about 3 times the city’s original population! Slowly turning into one of the most sought after destinations for world music, it aims to showcase a more tolerant image of Morocco.

Tips & Other Activities: Look out for one day drumming workshops or learn local Moroccan instruments like the Guembri or take a short tramway ride to the nearby city of Sale. Plus you get an opportunity to visit the UNESCO World Heritage site of Rabat. And when in Morocco, it would be unimaginable not to visit Marrakesh. 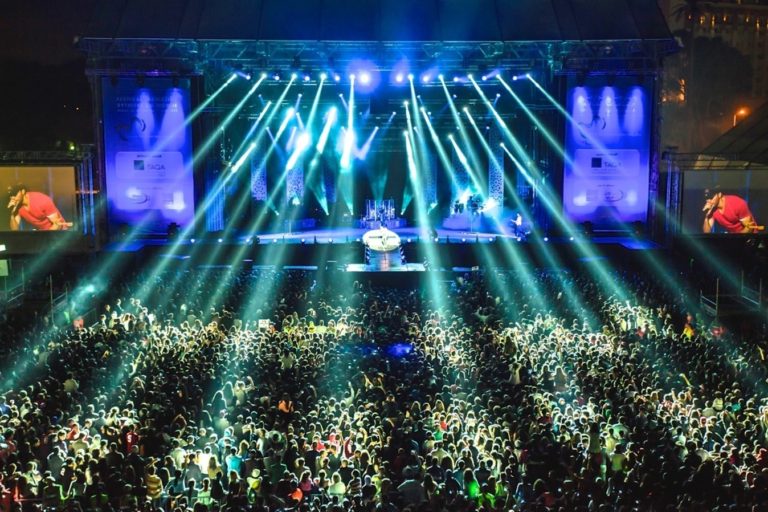 About the Festival: Claiming to be the spiritual successor of its predecessor, The Garden Festival, this is a much smaller event as compared to any of the popular ones in this article, with just over 3000 people attending it. However, the limited crowd gives the festival an edge. You have an opportunity to explore the festival peacefully by the beach and through glamorous boat parties without rushing through immense crowd. This festival boasts of a lineup no lesser than any of the other great festivals around the world. Ben UFO, Gerd Janson, Craig Richards, Joy Orbison, Midland and Horse Meat Disco are some of the popular artists that have performed here.

Tips & Other Activities: From rustic camping to luxurious yacht options, the old town of Tisno has some charming apartment options surrounded by old world views of restaurants and cafes to relax in viagra til kvinder. Try the local and fresh seafood and sizzling steaks in any of the quaint cafes around the venue. Croatia is an emerging travel destination, you can spend the whole vacation in this country itself! 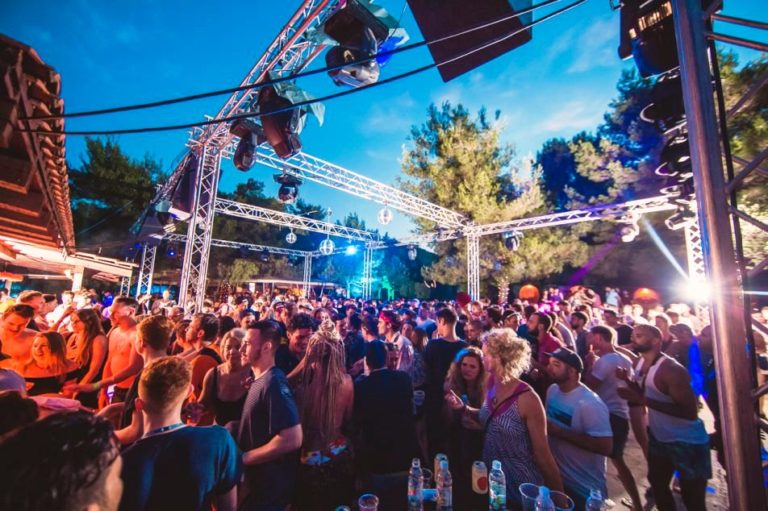 About the Festival: Set on the banks of River Danube in Novi Sad, Exit started as a student activist movement. It has now grown into being regarded as the ‘Best Major European Festival.’ Till today, Exit takes up a strong political theme every year addressing issues relevant to the current situation. From popular international acts to local ones, it features artists playing Rock, Hip-Hop and Dance music amongst many other genres. With over 600 artists and 20 stages connecting the cobbled streets and the entire city, it is nothing less than a magical experience.

Tips & Other Activities:  As if the stunning sunset views from the unique venue of the Petrovardin Fortress were not enough of an incentive to visit the festival, it also boasts of cheap beer and a no-regulation policy providing a perfect way to de-stress. And while you are there, explore Budapest in Hungary and Dubrovnik in Croatia too! 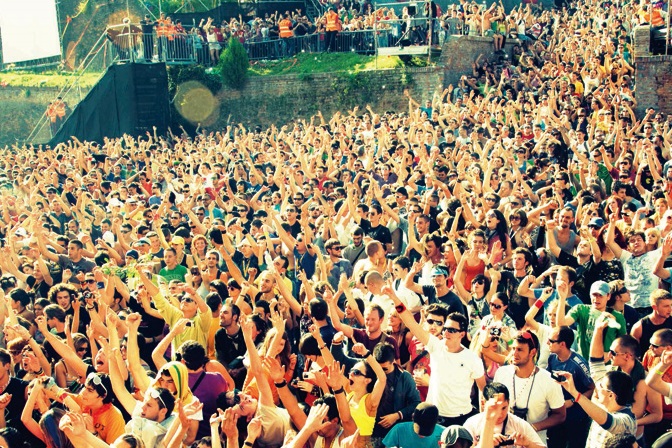 About the Festival: The tagline of this fest reads, ‘Yesterday is history. Today is a gift. Tomorrow is mystery.’ Located in the appropriately named small town of Boom in Belgium, Tomorrowland, over the last decade, has catered to popular artists like David Guetta, Martin Garrix and Chain Smokers. It offers multiple styles of dance music like House, EDM, Techno and Drum Bass. This festival has also won many awards over the years and pulls in a crowd of more than 1.8 lakh every year. To address its ever-growing popularity, it now stretches over 2 weekends and still gets sold out in a matter of minutes.

Tips & Other Activities:  Famous mainly for its yearly festival, the proximity of Boom to other popular European destinations such as Bruges, Amsterdam & Paris is a huge positive for the festival. Enjoy it as part of your Eurotrip! 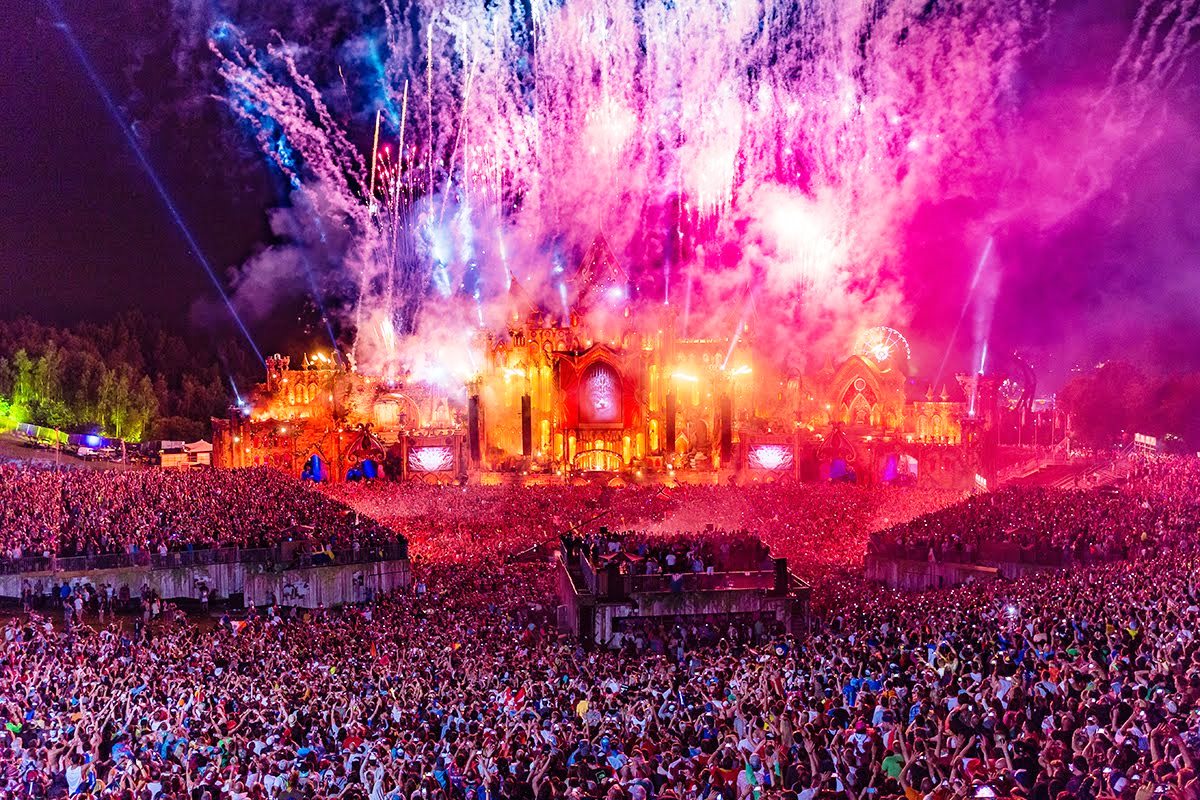 About the Festival: Held annually since 2001 in Australia, a unique aspect about this event is that it is one of the few ‘winter’ festivals in the world given that it happens in July in the Southern Hemisphere. Moving away from the conventional music festival scene across the globe, ‘Splendour in the Grass’ offers you best of both the worlds. Many popular artists have performed here in the recent times such as Coldplay, The Strokes and Outkast. This festival is known for its multi genre music such as Indie, Pop and Electronica. The site itself is sprawling, in some cases the stages are 20 minutes apart!

Tips & Other Activities: What differentiates this festival experience is the plethora of options to see and visit in the area. Food markets, Yoga, Dance & Circus Workshops, Artistic Installations & Craft Sheds, they are all here. The Tipi Forest nearby is a nice camping destination. And if looking to add to the fun, visit Gold Coast that is not too far from Byron Bay. 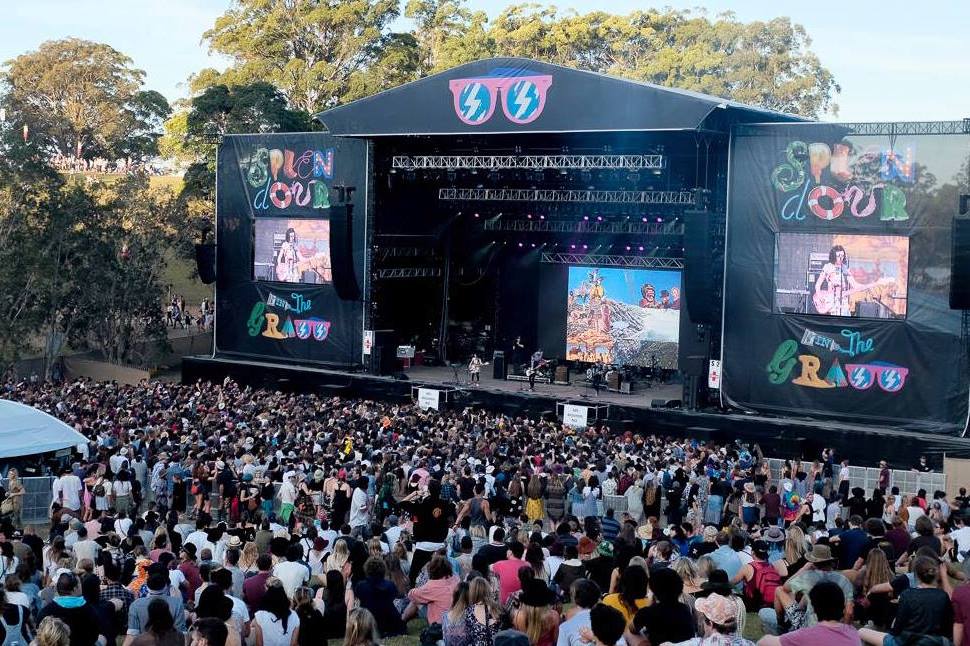 About the Festival: Aero Smith, Bon Jovi, Maroon 5, Red Hot Chilli Peppers, Billy Idol, 1588 artists, 8.5 million people in the audience and 11 million fans online. This kind of information would make any music lover sit up and take notice. The 30-year-old festival has known to be the destination for all A-Lister acts in the past right from Metallica to Faith No More. Alternating between locations such as Las Vegas, Lisbon and Madrid, the 2017 edition is slated to be in its namesake destination of Rio, Brazil. Promising an unforgettable experience, this festival will have dozens of performances on multiple stages across the venue.

Tips & Other Activities: Beaches, Nightlife, Adventure, Rio has everything. From Zip lining, Turbo Drop to International crews popping & locking and performing street dances, this is one hell of a ‘to-do’ that must be added on your bucket list! Extend your Rio sojourn to cover more South American destinations. 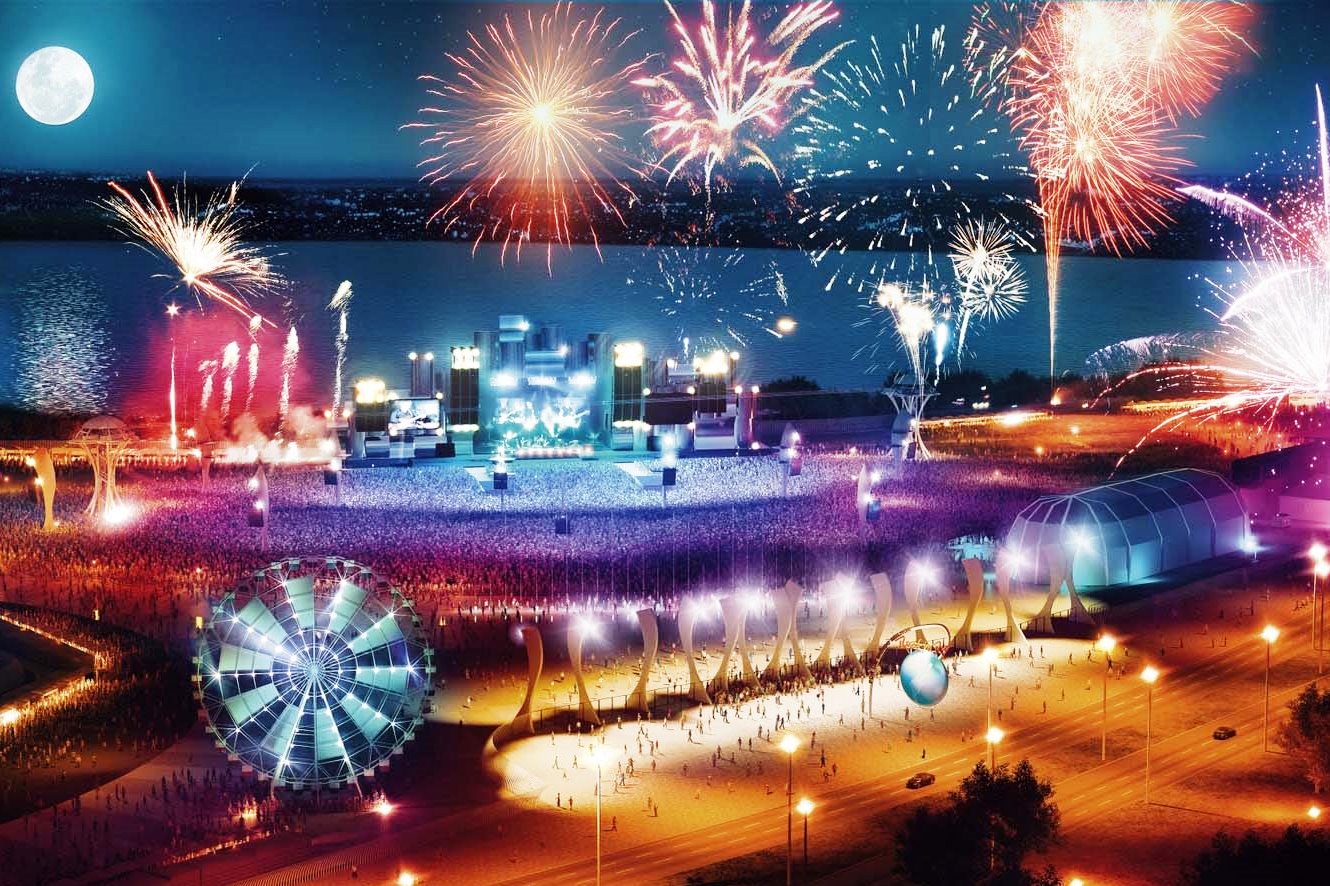 With many countries offering the best of world music and international artists, spending on such experiences is definitely worthwhile. I hope that many activities and acts mentioned here make you think about planning your next vacation to one of these festivals.